Banks are rapidly adapting and modernising their digital channels framework but the legacy of branch distribution continues to pose challenges as they struggle to transform their networks and processes to integrate customer experience. Digitisation offers significant opportunities of efficiency improvements. However, the launch of new digital channels and product features is not enough as agility and integrated customer experience requires that banks break down the silos and unify the backend platforms. This entails a strategic revamp of systems and processes that are difficult to implement when it is a 57 year old state owned bank in Sri Lanka that is seeking to break from its traditional banking practices to offer a fresh digital bank engagement.

“Three years ago the management took the strategic decision to work towards becoming the first digital bank in the country. Our goal was to achieve straight through processing to provide service excellence to our customers. We on-boarded the omnichannel digital banking platform and spent two years implementing it, plugged it into the core banking and other systems along with business reengineering. Thereafter we implemented the express banking module for an end to end digital capability for account opening,” said Priyantha Edirisinghe, chief information officer, People’s Bank.

Long queues, proliferated customer traction, and slow decision making and manual processes were just some of the key issues that the People’s Bank was facing. It realised the need to digitise customer engagement while also shifting transactions from manual processes to self-service and digital channels to manage the rising operational costs. The bank sought a platform that could not only centralise the customer information while offering digital banking features but also improve its speed of delivery and time to market. One key customer segment that it hoped to target with new initiatives was the millennial generation, which required overhauling the systems. This was particularly challenging for this unionised bank as it entailed significant change management across processes as well as training of manpower and a cultural change.

In a systematic move, People’s Bank took multi-pronged initiatives. It implemented Silverlake’s Digital Bank platform to enable end-to-end digital engagement, including the development of digital channels and digital branches. The platform is comprised of several modules, namely: internet banking, mobile banking and loan origination for retail and corporate customers, and express banking, which provided the foundation for integrated digital services.

The bank implemented digital branch and express banking features, facilitating instant onboarding of customers through express banking agents who are “on the move” and equipped with wi-fi enabled tablets and devices to serve customers in a paperless process. These agents can open an account within five minutes through digital know-your-customer (KYC), instantly issue debit card, and activate account, cards and mobile banking instantly. This brought significant improvement in experience compared to previous account opening process that required two to three days. In line with the global trend, these branches will facilitate operational efficiencies to shift its tellers into more relationship building and cross selling activities.

Branches were refurbished and rebranded with a new look

Figure 1: The look of a new digital branch

“We have managed to completely offload a mundane teller function onto machines, following which the cash deposit rate and bill payment rate has gone up by 600%. We have 150 SBU units implemented across the island and 52 digital branches each with three digital agents so a total of 150 digital agents, drastically reducing customer line-ups,” pointed Edirisinghe.

Aside from its branches, the bank also revamped its digital channels. It launched a mobile app with new features including the ability to check the account balance via their mobile phones through a simple voice command.

“A month ago we launched retail mobile banking app, which achieved over 100,000 downloads in just three weeks. We have also soft launched internet banking which is completely responsive website, with integration with twitter, enhanced customer experience. We have added 28 new functions to the mobile app and 35 functions to internet banking,” said Edirisinghe.

The bank implemented the fintech banking platform from Silverlake, the incumbent vendor for its core banking system, which facilitated smoother integration from the front-end channels to back end systems. It adopted an agile deployment methodology and configured the changes with minimum customisation at the core system. The system provided customer user interface, centralised product policy, rules, risk management, common services and application programming interface (API) management, which can facilitate the bank to cross sell third party products.

It was implemented in a three tier architecture which includes web, application and data.The system comprised of seven modules extended across channels, targeted to provide a unified and consistent experience across digital channel and branches. The bank also integrated the digital banking system with the pawning services system and its credit card system, which facilitated it to cut down the silo structures.

Being the first in Sri Lanka to launch digital branches, The initiative of People’s Bank will have a significant impact to the country’s banking industry. Customer experience has significantly improved as they no longer needed to wait in queues and fill manual forms. The paperless and digital account can be opened within five minutes, shortening the account opening time by over 50%.

With the shifting of transactions to digital branches, bank tellers are able to serve their customers to meet other banking needs. In addition, the bank improved its risk management controls, which were previously consisted of manual intervention.

“The bank has already opened 30,000 new accounts digitally since it was launched. We are creating a digital workforce and we are planning to increase from current 52 digital branches to 300 by the end of year,” he added.

“Our first goal was to have service excellence via straight through processing. Cash deposit ratio has gone up, servicing function has been enhanced, and we have reduced the tellers from three to one in the branches. We have the pawning portfolio, which customers can access through their mobile app. ATM transactions have skyrocketed, which also increased the commission we get from other banks’ customers using our kiosks for transactions and paying bills,” explained Edirisinghe.

The presence of a physical network still remains the key in building a relationship and customer trust for most banks, but branches are rapidly evolving. To manage the rising operational costs and avail the new technology driven opportunities, banks are focused on migrating transactions to digital channels, digital branches and kiosks. Some of the recent examples are: Talking about the bank’s planned initiatives, Edirisinghe said, “By June 2018, retail banking, which is our largest customer base, will be totally digital, end-to-end. What we are currently missing is the retail loan system that is already in the testing process along with agent training and should be completed soon. Corporate banking system is in soft launch process and will be live by third quarter of 2018.”

With these digital initiatives, the bank has taken significant leap in offering enhanced experience to its customers. The new digital platform provides the key building blocks for digital interaction but the bank will also need a strong analytics capability to improve its customer insights and cross sell capability, something that it plans to do in future. With operational efficiency that frees up staff resources, the bank now needs to empower them for greater relationship building and advisory initiatives. It has the early mover advantage and a large customer base, yet it will need to constantly upscale its technology capability to retain its competitive lead. 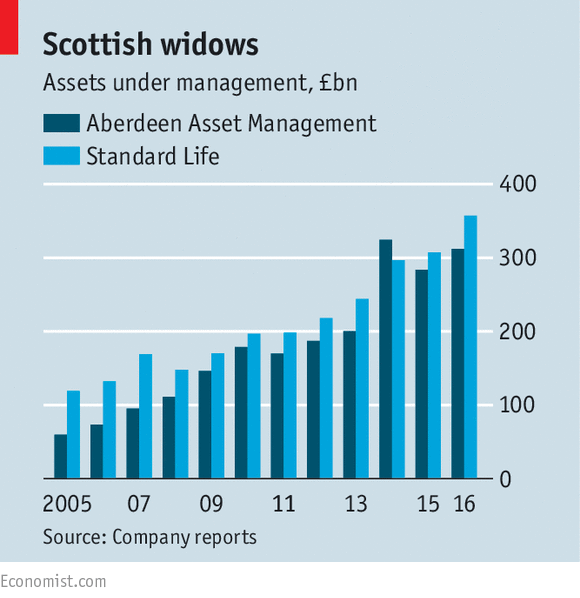 A big merger in the asset-management industry

From fishing buddies to co-CEOs: that is how the relationship between Martin Gilbert, chief executive…

Finastra's Rodrigues: “By 2025, 26% of all small business financing will be through Banking as a Service channels”
29 January 2023
Subscribe here

“ War is an ugly thing, but not the ugliest of things. The decayed and degraded state of moral and patriotic feeling which thinks that nothing is worth war is much worse.